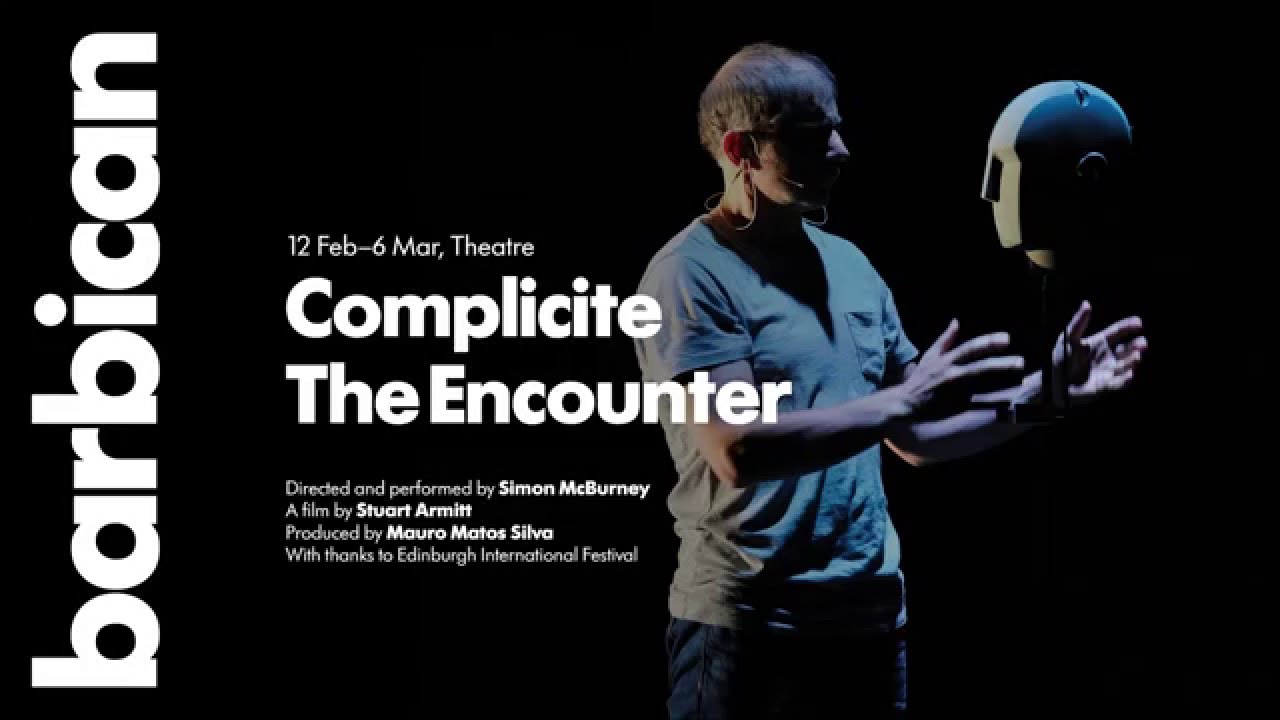 Years ago I listened, mesmerised, to a radio drama called Mnemonic, about the frozen body of Otzi the Iceman, who died some 5,000 years ago. Scientists speculated, other voices added a poetic commentary, and the story was spliced with a parallel love story from the director / narrator's experience. The theme was memory, and how imagination works with and recreates memory in our excavations from the near and distant past. Excavating this listening experience, I can't remember if then I would have recognised the voice of actor Simon McBurney (as I certainly would now), or how much if anything I knew of his company Théâtre de Complicité, makers of works which weave stories from found materials - what is now called devised drama - and bringing in techniques from the latest stage technology to traditional mime to make the stories ring. I'm pretty sure I had no idea that what I was listening to was a stage work, as it seemed to speak so directly through sound.


The latest Complicité production is The Encounter, a one-man show performed by McBurney. It's based on a book about the experiences of photojournalist Loren McIntyre in the Amazon in 1969. An experienced traveller, McIntyre didn't mark a path back to his plane and ended up as a kind of prisoner-guest of the Mayoruba tribe, deep in the jungle. In his time with them, he finds the tribe on a journey, erasing their settlements and destroying their belongings, as they follow the river in an attempt to go back to the beginning, to remove themselves from time. Only out of time will they be safe from the invasions of the white man and modernity. Even more remarkably, McIntyre finds he can communicate with the headman, whom he calls Barnacle, without speaking. This telepathic channel is referred to by one Indian (the only one he can communicate with verbally, through the mutual language of Portuguese) as 'the old language'. McIntyre called it 'Amazon beaming', the title of a book by his friend Petru Popescu which is the main source for the production.  He never experienced it again, and never made a big deal out of it. In fact, it only came to light in a discussion, years later, about the problems of communicating with Indians when there is no mutual tongue. Nothing in the recounting suggests it was a boast or an exaggeration or a fabrication. McIntyre was a highly successful and by all accounts rather retiring explorer and had no need to embellish his real-life experiences.


The Encounter stages this story with no pretence at realism. McBurney plays himself, McIntyre and other parts including the likeable Portuguese-speaking Cambio and uses simple mime techniques: a long pole becomes an aeroplane, an arrow, a thorn bush, and plastic water bottles are enough to evoke the tools and accessories of a whole tribe. Less simple is the remarkable 'binaural' sound technology which sends different sound channels into each ear: the audience is required to wear headphones throughout the performance. There is a mixture between live, recorded and looped sound, often overlaid with music. Walking through a mound of tape is recorded to represent the sound of walking or dancing in the jungle, simple vocal sounds are relayed and superimposed to create an aural tapestry of the Amazon at night. Sidelight throws deep shadow which is enough to suggest the depths of the jungle, and there are some vivid light effects on the giant canvas at the back. But the techniques and technology are not sitting up to be admired in this show. They serve themes of communication, rapacious modernity against the primeval world of the Indians, and take in the voices of anthropologists, mathematicians and the actor's invisible daughter who can't get to sleep.


I couldn't get to see it in London, but thankfully caught it on the final day of the live stream. I watched it in the late afternoon and then almost immediately in the evening (using up all the data allowance of my phone). It was simply a spell-binding experience, stimulating, moving, thought-provoking. It seemed to me that whether I 'believed' the mythology of the tribe, or the strange phenomenon of beaming, was beside the point. What matters is what is being said through the material about connections across individuals and cultures, about time, and the need to get lost and find home again, and find it changed. McBurney's performance is a wonder. The Chieftain's's words outlived the broadcast. They are holding us still in time...  Some of us are friends ...
Posted by Unknown at 10:31